Indigenous Australian’s are the oldest continued living culture in the world.

Indigenous Australian culture dates back to what new evidence points could be some 65,000 years. Mounting evidence is uncovering some of the earliest tool-making, ‘land management’ (including farming) as well as evidence of being some of the oldest astronomers in the world; who could track tidal changes, animal behaviors, food supply availability and temperature shifts. Revealing a much more sophisticated culture than western history has portrayed it as.

With over 400 Aboriginal tribes spread across the vast continent-country of Australia the tribes overall have distinctly differing cultures, beliefs and differing astronomical interpretations depending on their locations. While sharing certain commonalities like the Emu in the sky (more on that below) other factors like seasons can vary drastically. tribes in the Southern parts of Australia have four seasons that they identified while tribes above the tropics could have anything up to 13 distinct seasons. 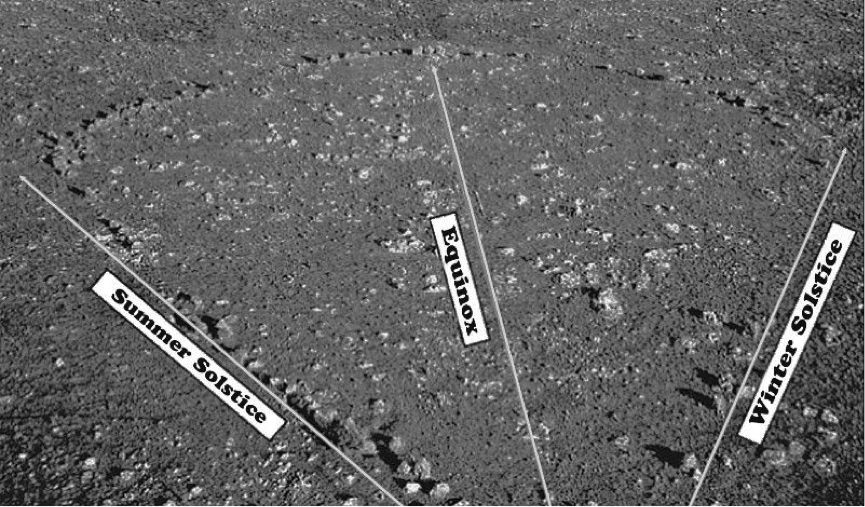 Wurdi Youang stone arrangement site in Wathaurong country near Ballarat in Victoria has shown through Carbon dating that the arrangement was made some 11,000 years ago. The stones were positioned to track the winter and summer solstice with three stones pointing to the summer equinox. Various research has removed the possibility that this formation could be a freakish event caused by nature but rather portray a culture that was well-attuned to the timings of the cosmos and could utilize its movements to aid tribal living.

Aborigines not only used the heavens to determine practical aspects of their lives, a rich story-telling tradition developed that helped to interpret their beliefs and values. Most notable is the Emu in the Sky, that stretches the length of the milky way galaxy where the dark spots observed along the length of the galaxy outline the shape of an emu.

While almost exclusively all of the tribes refer to the sun as a woman and the moon a man, they have varied stories interpreting their celestial rhythms, ranging from the moon reaching obesity (when at full moon) to the point of needing to be cut down to lose that weight with some interpreting the sun-woman walking through the dark sky with a torch on a search.

In western culture, Orion and orion’s belt is used as a distinguished marker in the sky, the Yolgnu people in Northern Territory see the three stars that outline Orion’s belt as three brothers in a Canoe (Djulpan) who were banished for eating the sacred kingfish against tribal traditions for eternity.

Another fascinating story tradition is one that is puzzling both indigenous and western cultures to this day. Interpreted by the indigenous tribes of a mother in the sky who dropped her baby while dancing, now the mother (the evening star), and father (the morning star) are looking for their baby, indigenous children are warned not to look at the stars. These are now commonly referred to as the Min Min lights and have spawned a bit of a modern mystery that has placed the rural township of Boulia on the map as a place of eerie events. The Min Min lights span the Channel Country crossing three states. Various hypotheses have attempted to explain the fear away with science unsuccessfully. Internet is riddled with travellers’ experience of the Min Min lights with even recorded events on youtube like this one.

The Pleiades, in various cultures are seen as seven sisters being pursued, usually by a man or beast. With Aboriginal Australian’s this is no different. With the Warlpiri tribe of central Australia, the group of stars are the Napaljarri sisters from one skin group being chased by the Jakamarra man from a different skin group trying to take a wife, forbidden by tribal law.

Western commonalities like The Pleiades don’t stop there. While the aborigines look for meaning between the stars in the dark, western cultures look for it in the stars themselves. We do share a common comfort that the stars above us are our loved ones watching peacefully over us.